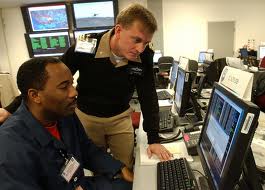 Suffolk has been named to CNN Money Magazines 2012 Where the Jobs Are list as a result of posting 43-percent job growth since 2000.

Two years ago, the city made the magazines list of 100 Best Small Cities to Live. It fell short of the top 100 this year, but still came in at No. 9 on the jobs list.

Its really exciting, said Kevin Hughes, economic development director for the city. I think it continues to solidify that Suffolk is a great place to bring companies and expand companies and create new jobs.

The move will add about 1,000 jobs, according to the article. Mayor Linda T. Johnson said during Wednesdays council meeting she has been told the figure is actually about 1,300.

Quality of life is a big selling point here, the article states. Schools, transportation and community are all strong in this city with historic charm.

Hughes said the city focuses on having a diverse workforce.

Thats the thing that provides the most amount of pride, he said. The jobs are not just in one area, but in a number of different areas.

City Council members praised the ranking during their meeting.

The No. 1 locality on the jobs list was Loudoun County, which has posted 83.6-percent job growth in the last 11 years, according to the article. Its major employers include Verizon Business and AOL, as well as new boom of data centers.

The only other Virginia locality on the list of 25 was Prince William County, at No. 8.