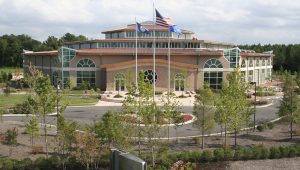 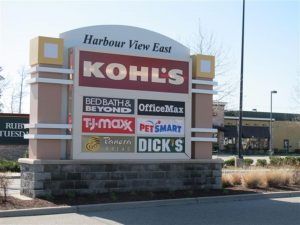 Suffolk’s mayor, Linda Johnson, recently referenced Suffolk as “fertile ground” for economic and community growth when she spoke at the state of the city luncheon on May 23rd.  Nothing signals the economic strength of a municipality better than the distribution of building permits, and Suffolk issued a whopping 860 building permits for single family and multifamily homes in 2016.  More and more people are calling Suffolk home, and business giants are taking notice and expanding into the area, too.

Banking titan TowneBank recently unveiled plans to enlarge its 22-acre corporate campus in North Suffolk. The expansion will include the construction of a 44,201-square-foot administrative building, intended to mirror the bank’s 45,000-square-foot Horton Operations Center building already on campus.  Construction is scheduled for completion in 2018. Bob Aston, the bank’s chairman and CEO, said,  “We’re planning for our future and Suffolk is a good place to be.”

TowneBank isn’t the only business planning moves into the Suffolk region as a result of the area’s economic growth.   Earlier this year, Allfirst, an industrial general contractor and metal fabricator, announced its investment in the area with plans to expand its headquarters in Suffolk.  The company intends to create 27 new jobs over the next three years.
“The customers in the area we serve represent major companies from across America,” said Allfirst Vice President of Operations James Templeton. “Our location in Virginia is strategic and provides us the dual opportunities to draw from an area rich with a strong work ethic, as well as to serve the industrial companies in the Mid-Atlantic region.”

Governor Terry McAuliffe touted the area’s economic expansion saying, “We are confident the City of Suffolk will continue to provide a business environment that facilitates growth and success for Allfirst and its valuable employees. The growth of companies like Allfirst, which serves many important industries in the Commonwealth, is paramount to economic vitality.”
Another business investing in Suffolk is Ace Hardware Corporation, the world’s largest hardware cooperative. They recently announced plans to expand its Redistribution Center located off Holland Road. The upcoming development will add 138,000 sq. ft. to the existing 336,000 square-foot facilities.

“Ace’s continued year-over-year sales growth has fueled our need for a larger facility in Suffolk, and we’re pleased that the City of Suffolk and CenterPoint Properties are able to accommodate our needs as we continuously grow our operations facilities to meet the needs of our business demands,” she added.

“We appreciate the confidence, support, and vision shown by Ace Hardware’s re-investment in Virginia,” said John Reinhart, CEO and Executive Director of the Virginia Port Authority.  Suffolk Mayor Linda Johnson recognized “Ace was the first tenant at CenterPoint Intermodal Center in 2012,” and commented that the company “shared our vision that operating in Suffolk was going to provide strategic value, and obviously that has come to fruition by Ace deciding to reinvest and expand once again.”
With so much growth in Suffolk, Mayor Linda Johnson is confident about the future success for the area commenting that, “We believe in the Hampton Roads region, and we know of the still untapped potential that exists right here.” 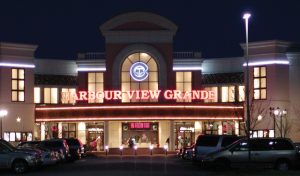