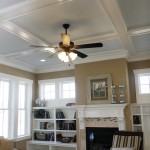 In an unpredictable real estate market, North Suffolks housing market got a shake recently when approximately 80,000 people poured into the region to experience the fall Homearama.

Whether they were looking to buy or not, many people visited Suffolk and Homearama host community The Riverfront at Harbour View for the first time, which meant some heavy exposure for the real estate in the area.

Homearama was created to generate interest in the housing market, and Mark Edwards, the senior vice president for the Hampton Roads division of East West Communities, the developer of The Riverfront, said he is pleased with the result.

Our goal was to create awareness, he said. I talked to a lot of people (at Homearama) who had never been to The Riverfront. Mission accomplished right there.

This was The Riverfronts second time hosting the Homearama, and it had a slightly different objective than the first show, Edwards said.

He said the first Homearama took place right after the community began developing, so it served as the regions introduction to a new development.

However, Edwards said, the second show was to attract the people who didnt know about The Riverfront or had only visited once.

Its getting people out to see your community, he said. I think they are going to have a good first or second impression of The Riverfront.

Edwards added he hopes people remember The Riverfront when they consider buying a new house.

We expect people will want to return when they are ready to make that move, he said.

Some people, though, couldnt wait that long to take the big step.

By the end of the show, six of the nine Homearama houses had sold, and one more was under a contingent contract, in which the buyers must sell their home before they can move into the new place.

Were more than pleased, Edwards said.

At least two of those homes sold even before the builders even broke ground on Shelter Cove Court.

Rick and Michelle Buonfigli, who had lived in The Riverfront previously, were looking to move back to the Suffolk community and contacted builder John W. Chip Iuliano, who had built them a home in the past.

After they expressed interest in moving back to The Riverfront, Iuliano told them about the homes he was building for Homearama.

The Buonfiglis said they took the opportunity because they could get more for their money for the Homearama house.

A lot of amenities weve gotten we wouldnt have gotten if it werent for Homearama, Rick Buonfigli said. You get upgrades you wouldnt usually get, and it makes it more of a pay-off.

Like the Buonfiglis, Tim and Paris Colburn purchased their home on Shelter Cove before the show started.

We have been with this house since the ground broke, Paris Colburn said.

Earlier this year, the couple had been looking to buy in The Riverfront, but not on the Homearama loop.

They originally were looking to build a home in the community behind the Homearama site, but another family put a bid in on their house before they could.

At that point, builder Eric Sasser told them he could have a house for them in four or five months, but there was a little catch thousands of people were going to tour the house before they could call it home.

I wasnt crazy about the idea at first, Paris Colburn said. It was kind of like people were breaking into your house.

But the Colburns found their peace with the idea and decided to move forward.

In addition to the sales of Homearama houses, Edwards said, the showcase generated even more attention for The Riverfronts real estate.

Weve seen four other contracts written on other homes in The Riverfront, he said. Its an indication of increased sales as a result of Homearama.

Additionally, two Homearama builders have been employed to build homes in other sections of the golf community, Edwards said.

He added The Gables, a new condominium development located across the street from the Homearama site, is working on a few sales as a result of the increased traffic in the neighborhood.

Its exceeded our expectations, he said.