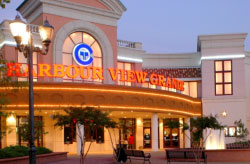 This week, the city of Suffolk took up the task of redrawing its borough boundaries to reflect a dramatic change in its population in the past 10 years.The shifts have brought more people, power and prosperity to the north at the expense of older urban and rural areas to the south.The City Council is set to adopt a resolution Wednesday instructing the city manager and city attorney to begin the process, which is expected to take the rest of the year.Redrawing the borough maps is mandated by law after each census to make sure each of the city’s seven districts has roughly the same number of voters.The city’s population, now more than 84,500, grew 32 percent since the 2000 census – making Suffolk’s growth rate the fastest in Hampton Roads and one of the fastest in Virginia.Most of that growth was concentrated in three northern boroughs, led by Sleepy Hole, which encompasses the upscale Harbour View area near Interstate 664 in the city’s high-tech corridor. Its population zoomed from just over 9,000 after the boundaries were redrawn in 2001 to about 16,500.Neighboring boroughs of Nansemond and Chuckatuck, meanwhile, have grown to 16,100 and 13,200 respectively.All three must shed population and land mass to the four southern boroughs of Cypress, Suffolk, Holy Neck and Whaleyville to reach the target of about 12,000 people. Population in those boroughs remained virtually flat.On March 2, Sherry Hunt, the city manager’s chief of staff, outlined the legal requirements and timeline the city intends to follow in redrawing the borough map.Under state and federal law, she said, boroughs must contain roughly equal numbers of residents. The map must be drawn so boroughs are “compact and contiguous” and in compliance with Virginia election laws.Because of Virginia’s legacy of racial segregation, the map must be cleared by the U.S. Department of Justice to be sure it does not violate the Voting Rights Act.Latest census numbers showed the city almost equally divided between whites and non-whites. While the city’s white population grew from 34,271 to 43,034, it shrank as a proportion from 53.8 to 50.8 percent. Non-whites, meanwhile, now account for 49.1 percent of the population, up from about 46 percent 10 years ago.The census also highlighted wide income disparities among the boroughs. In Sleepy Hole and Chuckatuck, the median household incomes were roughly $84,000 and $81,000, respectively, almost twice that of Whaleyville. Urban neighborhoods in Cypress east of downtown registered the lowest median income, about $26,000.Given the unevenness of the population boom, redrawing the political map stands to be controversial, as it was last time. In 2001, residents protested decisions to split some neighborhoods, accusing incumbent council members of using the process to retain power.City Attorney C. Edward Roettger Jr. explained at the time that the map was drawn with three objectives in mind: to equalize population; protect incumbents by not drawing them out of the boroughs they represented; and achieve racial parity by making three boroughs majority-white, three majority-black, and one a tossup. Neighborhoods were sliced and diced along racial lines to achieve that balance.The 2001 plan passed by a vote of 4-3. Explaining his “no” vote, Curtis Milteer, who was mayor at the time and now represents Whaleyville on the council, said he was not convinced it reflected the will of the people.This time, Milteer said, “I’m confident the council will come up with a plan that is fair and equal and according to the numbers.” He said he doesn’t expect race to be a divisive issue.Even so, Lue Ward, president of the Suffolk-Nansemond branch of the NAACP, said his organization will closely monitor the process to make sure minority voters don’t lose representation on the council.”We’re expecting that it will be no less” than the three-black, three-white and one tossup boroughs created last time, Ward said. “We don’t want to see anything taken away.”